“Dance With Me” Live

I love it how I walk away

I won’t feel at all
Don’t tell me what to say
There’s no need to tell
Don’t want to hear your intellect
Just don’t think at all
Cause all your words
Are meaningless
Just won’t fall,
Won’t fall for me

Oh, the past it’s getting me
There’s no end in sight
If I could just get rid of it
I will try, I will try
Don’t want to psychoanalyze
I’m just not the type
Cause all those words
Are meaningless
I just won’t fall,
Won’t fall for it

They have released a 6 song EP named Black and Blue and are releasing a full length album later this spring. Here is a taste of the album:

You can buy the EP at their site : http://www.uhhuhher.com/ or their facebook page : https://www.facebook.com/uhhuhher

Her self titled EP was just released and is in heavy rotation on my Ipod. Beth is the lead singer from one of my favorite bands The Gossip, and is an amazing singer.

Her first single is called “I Wrote the Book” here is the video:

Check out her work with The Gossip my favorite song “Heavy Cross”:

The next album is by Panic! at the Disco

Their new album “Vices and Virtues” is almost as good as “A Fever You Can’t Sweat Out” I really love all the songs on this album and can’t get enough of this album.

Here is the newest song off the album “The Ballad of Mona Lisa” :

And my favorite song off the album “Let’s Kill Tonight”:

I am really loving the new Lykke Li “Wounded Rhymes” right now too. I liked her last album, but this one is so much better. I love every song and find myself singing these songs long after they have stopped playing.

This album is beautiful and fun and moving all at once. Every time one of the songs from this album comes on I crank up the volume and sing/move along. I’m sure I look like an idiot, but I don’t care the songs are just that good.

Here is the video version of “For the First Time”:

And here is the link to the short film version which is amazing : http://www.youtube.com/watch?v=7HTd_O_-118&feature=mfu_in_order&list=UL

Not A Love Song 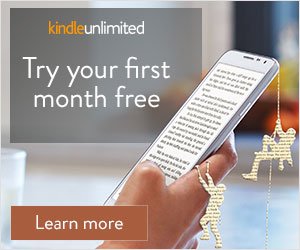